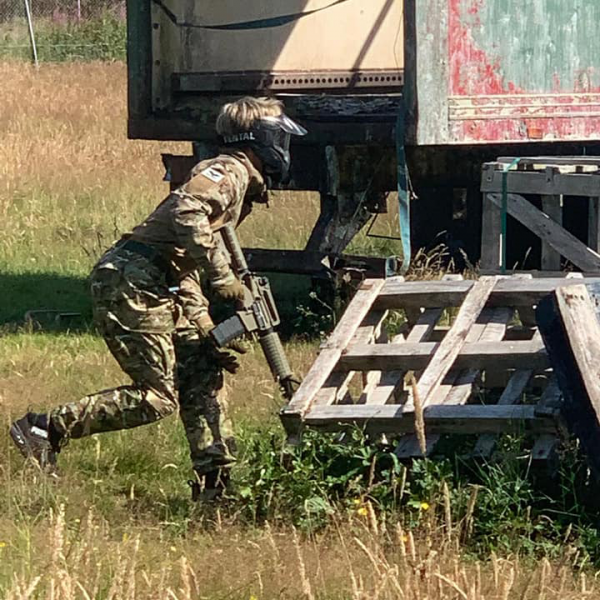 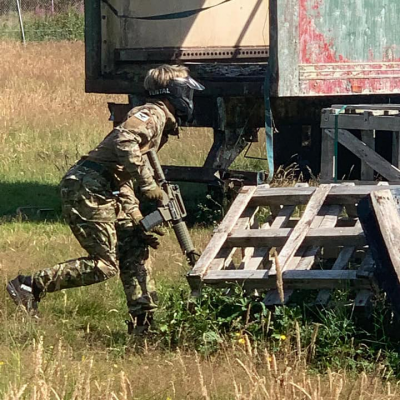 Airsoft is a brand new sport. It’s almost the same as paintball BUT the differences are huge. As with paintball, each player has a gun that fires a projectile at each other. In paintballs case, this projectile is a marble size ball that bursts on the opponent when it hits them leaving a mark or splat. Whereas Airsoft fires a small plastic ball bearing the size of a polystyrene ball found in a bean bag, but they are hard plastic. It does not burst or leave a mark but does make a noticeable thud when it hits another player and without lying it does nip.

Airsoft weapons are also very very realistic looking guns. We would go as far as saying they are identical replicas. They are the same weight and have the same moving parts. All come with magazines just like real weapons. They were designed for the military as they needed a replica training weapon.

Another advantage is that they fire far more accurately and have almost double the range of a paintball gun and can be fully automatic rate of fire. This means when you pull the trigger once the guns fire up to 10-20 shots per second.

To summarise Airsoft is better than paintball as the guns look authentic, fire a huge number of shots further and more accurately. And the best news is at SAC we have a top of the range hire fleet and it’s cheaper than paintball!! Yes, all this for cheaper. And the news gets better. It’s also unlimited ammo. If you run out just come to the SAC game marshals and simply ask for more. Absolutely free.

Airsoft is a must-do sport. It’s truly exciting and will leave you and your group feeling like you have had a truly awesome day. If you or someone you know are online gamers and love “Call of duty” or “Battlefield” Then they will absolutely love airsoft as it simply makes online gaming a reality.